The story of the men of Easy Company, and their deeds in World War II, as told in the book “band of brothers” by Stephen Ambrose and made most famous by the HBO mini-series of the same title, is as inspiring a story of men and deeds in service to a noble cause as has ever been told.

Their travels throughout Europe, and their deeds during their service to this great nation—and indeed the world—epitomize the expression of selfless dedication to a worthy cause.  It is out of that spirit that easy company brewing was formed.

Inspired by their selflessness, and the selflessness of those who came before and after them, easy company brewing donates 100% of after-tax profits to charities that support veterans and their families through our companion Foundation. 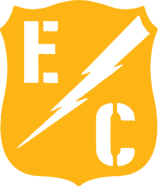 The two friends then shake hands, order another round, and start Easy Company Brewing shortly thereafter, setting out to “Make Great Beer For A Greater Cause.”

During their service in WWII, the men of Band of Brothers fame deployed to countries and regions known for legendary battles, such as Operation OVERLORD (the invasion of Hitler’s “Fortress Europe” in Normandy, France), Operation MARKET GARDEN in Holland, the heroic defense of vital crossroads in Bastogne, Belgium during the famous “Battle of the Bulge,” culminating in the capture of Hitler’s Eagle’s Nest in the mountains of Bavaria.  In addition to these places being the sites of those legendary battles, these areas are also well known for their legendary beer styles, constituting a virtual “European Beer Belt” that stretches across a substantial portion of North-Western Europe—from England, to France, to Holland, to Belgium, to Germany, to Bavaria.  Here at Easy Company Brewing, we look forward to introducing our modern-day recruits to some of the greatest styles of beer ever brewed, adding a bit of American boldness and edge along the way, just like the men of Easy did those many years ago.

From Foy to Fallujah, from Khe Sanh to Kandahar, from Bloody Ridge to Baghdad, and right here at home, men and women from all walks of life have been willing to literally risk life and limb, in peace and in war, to support and defend the freedoms we hold dear.  Selflessness like that is truly worthy of our time and treasure, and so—through our companion Foundation –we donate all after-tax proceeds to charities that support veterans, first-responders, and their families.  CLICK HERE to see the charities we have chosen to support, and why we chose them.

In keeping with our mission, we here at Easy Company Brewing are dedicated to making great-tasting beer that will have you asking for it again and again.  Just like PT, you won’t be able to get enough of it.  Well, maybe not “just like PT,” but you get the point…our commitment to making outstanding beer has us training constantly to ensure that you can be as proud to drink our beer as you are of our amazing vets.

At Easy Company Brewing we believe that some of the greatest styles of beer made anywhere on the planet originated from Europe; indeed, from some of the very countries that the men of Co. E 2-506 PIR fought in.

We are committed to honoring the service and sacrifice of those whose deeds have been written in the annals of military history, whose accomplishments are memorialized by monuments that recall the battlefields and places in which they fought, and whose names are etched on tablets that decorate gardens of stone around the world.  Our foundation exists solely to support highly-rated charities that support veterans, their families, and first-responders.